There were signs of a growth slowdown in the Irish construction sector at the end of the first quarter of the year, often reflecting the impact of soaring prices on demand. Activity, new orders and employment all rose at slower rates, while business confidence dropped sharply.

The headline seasonally adjusted BNP Paribas Real Estate Ireland Construction Total Activity Index posted 53.9 in March, still above the 50.0 nochange mark but well down from the reading of 58.4 seen in February. The latest figure signalled a solid expansion in total construction activity over the month, but one that was the softest in 2022 so far. 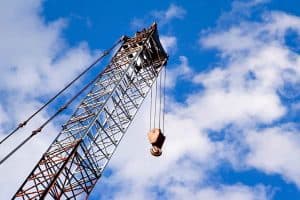 The housing and commercial categories posted equally marked rises in activity during March, with both seeing a softer expansion than in the previous month. Meanwhile, civil engineering activity dropped for the first time in five months.

Anecdotal evidence suggested that the easing in growth of activity was in line with a softer demand environment. A similar picture was evident with regards to new orders, which increased solidly but to the least extent in the current year-long sequence of expansion.

Some panellists indicated that concerns about material supply had encouraged customers to make advanced orders. Construction companies themselves also indicated that they had been looking to stockpile materials in advance of expected price rises and supply problems. As a result, purchasing activity increased solidly, though again here the rate of expansion eased. Input costs surged higher in March, with the rate of inflation accelerating to a pace that was only slightly weaker than the survey record posted in October last year. More than 83% of respondents indicated that their input costs had risen over the month. There were widespread reports of higher fuel prices, while material shortages and the conflict in Ukraine added to inflationary pressures.

Meanwhile, the conflict in Ukraine, higher transport costs and material shortages all added to pressure on supply chains. Lead times on the delivery of inputs lengthened substantially, with the rate of deterioration getting worse for the first time in five months.

The impact of rising prices on customer demand led to a sharp drop in sentiment at the end of the first quarter. Optimism declined to the second-largest degree on record (behind only that seen at the start of the COVID-19 pandemic), and was the lowest since October 2020. Those panellists that remained confident in the year-ahead outlook linked this to hopes of improving new orders. Despite the drop in confidence, higher new orders encouraged construction firms to increase their staffing levels again in March. That said, the rate of job creation eased to the slowest since April last year. A weaker rise in the use of sub-contractors was also registered, while their availability continued to decline markedly.

Commenting on the latest survey results, John McCartney, Director & Head of Research at BNP Paribas Real Estate Ireland, said: “The first take-away from this month’s Construction PMI is that activity and employment in Ireland’s construction sector continued to expand in March. The residential and commercial subindices both came in at 56.7, well above the no-change level of 50. However a second key point is that the rate of expansion slowed notably compared with January and February.

The explanation for this is straightforward. Arising from supply chain issues and sharp hikes in oil and gas prices, building firms experienced the second fastest growth in input costs since the index began 22 years ago. This tips the balance against marginally profitable developments, softening growth in the demand for construction services. With a reading of 54.0 the new orders sub-index continued to show expansion. Nonetheless this was the lowest level of order book growth in 12 months, and the March reading may be flattered by advance orders from clients seeking to get ahead of inflation and secure scarce materials.”