Leading construction and infrastructure firm BAM has confirmed its commitment to HVO (hydrotreated vegetable oil) as a carbon-saving fuel source following a thorough review of the supporting evidence. The review means BAM will continue use HVO fuels as part of its strategy for decarbonising its operations, helping it to achieve its net zero carbon targets by 2026. 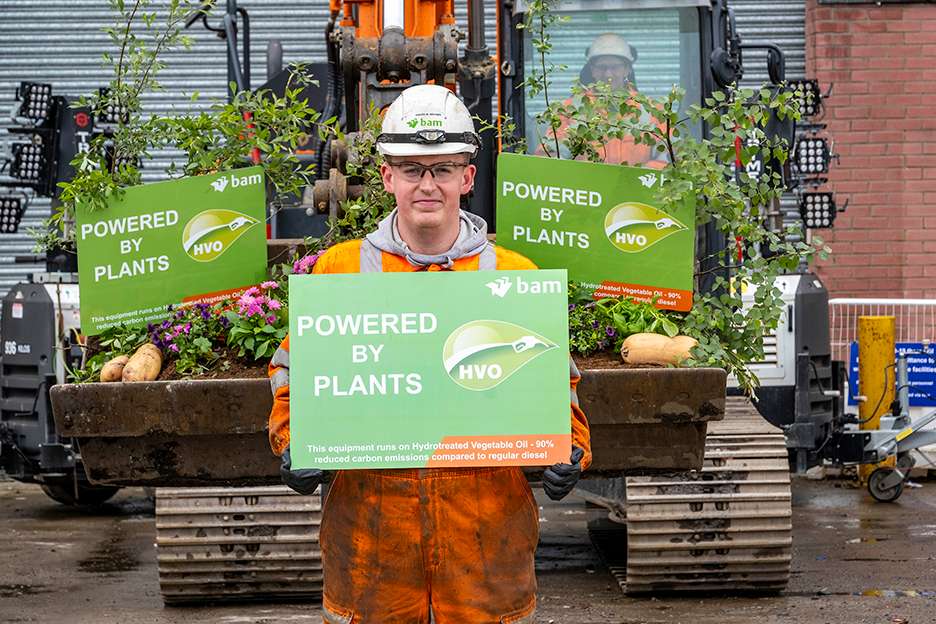 In October, BAM’s UK and Ireland division declared some of the strongest and most extensive carbon reduction targets in the construction, property and facilities management sectors [here]. Today it published its evaluation of the arguments for and against using HVO fuels.

John Wilkinson, Chief Operating Officer of BAM UK and Ireland, explained:
“HVO was initially regarded by our industry as a silver bullet to significantly decarbonise construction processes. It sounded too good to be true.

“On careful examination of the evidence, however we are satisfied that HVO is a less damaging liquid fuel compared to diesel. Ultimately it is better to base our position on what is known rather than what is inferred and based upon unproven, multi-layered cascades of interdependencies. 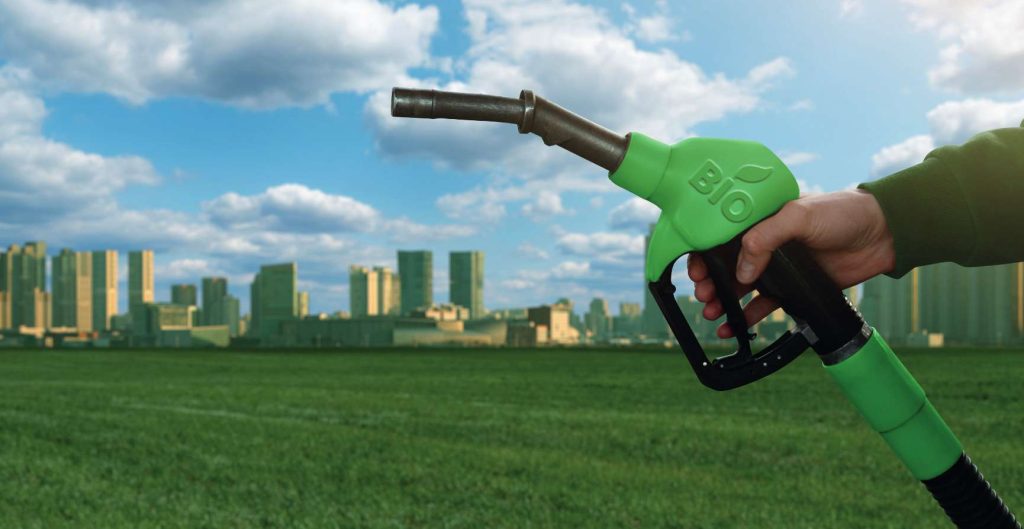 “There is not a unified position for contractors, nor clients, so BAM has chosen to be detailed and transparent about our approach. Our reasoning is set out for others to consider.”

BAM’s position paper is available via the company’s website – here.

“We are investing in low carbon technology such as using electrification and hydrogen generators. There are other tools in the box and making the switch to HVO doesn’t limit our ability to invest in these alternatives.

“Although using HVO fuels isn’t the long-term solution, it is the most effective intermediate means for our industry to move away from using more harmful fossil fuels. We see it as a transition fuel which is less environmentally damaging than continuing to use diesel.”

Objections to using HVO fuel focus mainly on the provenance of its supply and whether this has a negative effect on changes to land use, like deforestation, in favour of energy-crop cultivation leading to a net-gain in emissions. This is known as ILUC – indirect land-use change. BAM’s research indicates that this issue isn’t proven for HVO since the vast majority is produced from waste products – primarily used cooking oil (UCO).

100% of biofuel in the UK is from waste, with UCO representing 93% of that, according to UK Government statistics, and current UK Government and European policy is for increased use of biofuels as part of the UK fuel mix.

Certification is hugely important when it comes to providing assurance that HVO is indeed from sustainable sources. BAM ensures all HVO supplied to its projects is certified by the ISCC (International Sustainability and Carbon Certification) and ZEMO’s Renewable Fuels Assurance Scheme. These schemes provide a reliable and transparent certification. The UK Department for Transport (DfT) also produces quarterly reports concerning biofuel use in the context of the transport sector.

These certification requirements are being further strengthened in 2023 with the introduction of the ‘Bioledger’, led by the European Waste-based & Advanced Biofuels Association (EWABA), an independent not-for-profit body, regarded as offering the most stringent assurances.

BAM recognises that certification is crucial in the debate around the sustainable use of HVO.
Jolliffe added:

“The existing and planned certification regimes give us confidence that there is a robust process to ensure that only waste UCO is used in the HVO we procure.

“Because our position is evidence-based, we keep it under review. The UK Government is reviewing its policy on biomass as part of the UK’s energy mix and is due to publish its biomass strategy imminently. We will update our processes accordingly.

“What remains clear is that if one does not accept the use of HVO fuel, the only true alternative at present for many of the more energy intensive activities across the construction industry is by prolonging the use of more harmful fossil fuels. The eco-toxicity reduction alone is a good enough reason to opt for biofuels including HVO.
“HVO fuel reduces carbon emissions by upwards of 85% by comparison across scope 1 and scope 3 well-to-tank (WTT) emissions.

“The world has a climate emergency. Until cleaner forms or energy are more viable for use in our industry, we believe the use of HVO is the most favourable solution.”