A downturn in the construction sector has been “greatly exacerbated by a lack of clarity from government” on whether building could continue if the country moves to Level 4 Covid-19 restrictions, according to the CIF’s government relations director Shane Dempsey. New figures show a rise in the value of construction projects that have commenced over the last year, but this data has masked a retrenchment by the industry in recent months due to huge uncertainty and potential restrictions, the industry warned.

Dempsey told the Sunday Independent that, as things stand, the CIF would have no choice but to advise its members to shut down their operations under Level 4 restrictions for legal and insurance reasons. The Government had failed to provide clarity on the precise rules for the sector at Level 4, he said. “There is no clarity from government. We need certainty and we need the government to make a decision on this,” he said. “At the moment, the information provided is too ambiguous for construction companies and their clients to continue on with projects if we move to Level 4.” 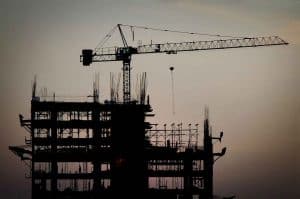 “Because of the uncertainty the house builders have shifted their energies to completions rather than commencements,” said Dempsey, adding this would cut the pipeline of projects into next year. “We could see companies going into hibernation, that is the danger. We need an acceleration of public sector projects to smooth out the pipeline and dampen volatility,” he said.