DUBLIN AIRPORT TO GET €100M INVESTMENT IN NEW TERMINAL-LINKED HOTEL

Dublin Airport is to get a €100 million investment in a new terminal-linked hotel that will create up to 550 jobs.

Fingal County Council has given the green light to UK hotel group Arora for a 410-bedroom luxury hotel adjacent to Terminal 2 at Dublin Airport. 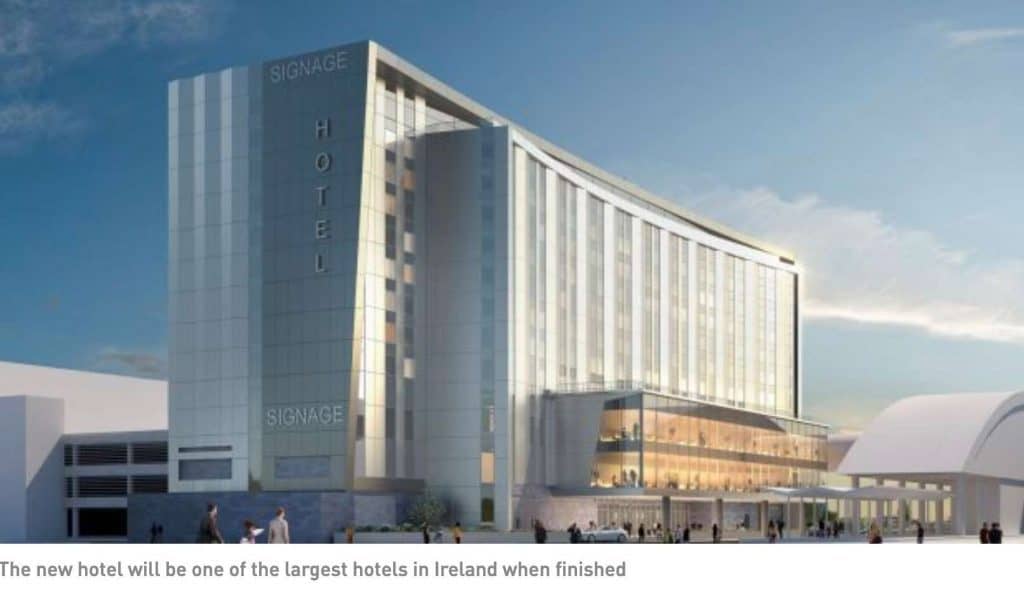 The project is Arora’s first move into the Irish market.

Arora owns and operates 12 hotels – including 10 airport hotels – in the greater London area. It has hotels at Heathrow, Gatwick and Stansted airports.

The new hotel will be one of the largest hotels in Ireland when finished.

The planned 11-storey hotel has a total floor area of 30,566sq m and will feature a leisure centre with a gym, steam room, sauna and jacuzzi on the third floor, It will also have a penthouse bar and executive lounge area on the top floor.

Underlining the scale of the development, one of the conditions attached to the grant of permission requires Arora Dublin T2 Ltd to pay €2.17 million in public infrastructure planning contributions to Fingal County Council.

Plans were lodged for the hotel last May after Arora was chosen by airport operator DAA through a public tender process to design and build, finance and operate a new hotel on a site just in front of the existing Terminal 2 car park.

Under the agreement with the operator, the hotel is to be operated by Arora for 100 years and ownership will then revert to DAA.

The project is expected to have a 24- to 30-month construction phase and up to 300 construction jobs will be created during the works, and the hotel will employ about 250 staff when it opens.