The Ulster Bank Construction Purchasing Managers’ Index® (PMI®) – a seasonally adjusted index designed to track changes in total construction activity – posted 62.8 in July, down from 65.0 in June but still pointing to a substantial increase in construction activity. Anecdotal evidence pointed to further improvements in activity following the loosening of COVID-19 restrictions and improving customer demand. Index readings above 50 signal an increase in activity on the previous month and readings below 50 signal a decrease.

Commenting on the survey, Simon Barry, Chief Economist Republic of Ireland at Ulster Bank, noted that:

“The latest results of the Ulster Bank Construction PMI survey indicate that activity trends in Irish construction firms have made a very positive start to the second half of the year. Building further on the major snap back in activity facilitated by the easing of restrictions in Q2, the headline PMI recorded another very strong reading of 62.8 in July, consistent with a further significant expansion of activity last month. 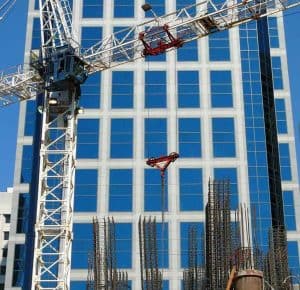 While the pace of growth eased a little relative to the exceptionally rapid pace registered in May and June, sizeable activity gains were recorded across the sector: all three major segments posted further marked increases in activity at the beginning of the third quarter, with particularly strong growth in residential activity again leaving Housing as the fastest-growing sub-sector.

“The July results also captured a further strengthening of new business flows, with a rise in the New Orders index pointing to a reacceleration in orders growth last month. Underpinned by the ongoing support from the loosening of restrictions and the associated boost to demand, firms reported further sizeable gains in employment levels, in the process marking the fourth month in a row of positive job creation.

Less encouraging were signs of intensified pressures on supply chains and input costs. Notably, considerable disruption to supply chains linked to Brexit and the pandemic has manifested itself in delivery delays, materials shortages and a further acceleration in the rate of input cost inflation which rose to another record high last month. Nevertheless, confidence among construction firms picked up from June and remains well above its long-run average. 55% of firms expect a rise in activity over the coming twelve months as the boost to demand from the economy’s reopening is expected to continue to underpin prospects for activity over the coming year.”

Widespread improvements in activity
Growth in housing activity continued to lead the overall expansion in July, despite the rate of increase easing further from May’s record. Rates of expansion also softened in the commercial and civil engineering categories, but remained marked nonetheless.