The Royal Institute of the Architects of Ireland (RIAI) has announced the winners of the 2021 RIAI Awards. The awards are given annually to acknowledge achievement in architecture and celebrate the quality of work carried out by RIAI members and the contribution registered architects make to the built environment. Projects submitted for the 2021 Awards were practically completed between 1 January and 31 December 2020.

Marking the 32nd year of the awards, the RIAI announced 17 award winners across all categories, including Adaption & Re-Use, Cultural or Public Buildings, Learning Environments, Wellbeing, Public Spaces, Workplace, Living and International. The award winners include projects in Cork, Dublin, Donegal, Down, Leitrim, Limerick, Louth, Offaly, as well as Punjab, India.

The adaptation and reuse of our existing buildings – a sustainable response by architects to Climate Change – was particularly strong this year and the top award went to the transformation of the former anatomy school at University College Cork into a Student Hub by O’Donnell + Tuomey. An award for Conservation went to the sensitive restoration of the Swiss Cottage in Co. Leitrim, by Buckley Partnership Architects.

New student facilities got further recognition in this year’s awards with Student Civitas, Lee Point Student Accommodation, Cork sharing the top prize in the Living category, along with two outstanding private homes – House for a Gardener in Northern Ireland and Baltrasna House in Skerries, Co. Dublin.

Public projects amongst the winners include the renovation and retention of the original Garda Station building in Donegal Town by Rhatigan Architects which was a double award winner in both Cultural/Public Buildings and the Sustainability categories. A new extension to Scoil Uí Mhuirí in County Louth was given top prize in the Learning Environments category. Dún Laoghaire Rathdown County Council Architects Department’s Covid-19 response for placemaking from Blackrock to Sandycove and in Dundrum was a joint winner alongside King John’s Castle in Carlingford, Co. Louth in the Public Space Category.

The quality of Irish workplaces was recognised with two awards this year – North Dock by ABK Architects and Babel Academy of English by Stephen Mulhall, nineteeneighty studio for Fit-Out.
The award for Wellbeing was given to Healy Partner Architect’s The Padel Club in Limerick. The work of RIAI architects overseas was celebrated with McCullough Mulvin Architect’s Learning Laboratory for Thapar University in Punjab, India – the winner in the International category.

A Special Award for Research through Practice was awarded to Ryan W Kennihan Architects for their work on Baltrasna House and Beach Road House. Finally, John McLaughlin Architects and Queen’s University Belfast were awarded for their research in ‘Keeping it Modern’ addressing how to conserve the social and architectural ideals inherent in 20th century Modernism. 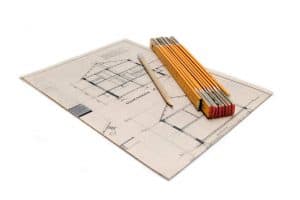 The RIAI Public Choice Award was announced earlier in the week with over 10,000 online votes being cast by members of the public. The winning submission was Field, Stonewall, House by Taylor McCarney Architects. The design for the house was conceived as a series of parallel field stone walls that fit seamlessly within the rural setting in the West of Ireland.

Ciaran O’Connor, RIAI President said: “The wide variety of projects included in this year’s shortlist demonstrates the diversity of great work being carried out by Irish architects across the country and further afield. Despite Covid-19 having an impact on construction projects delivered in the last 12 months, we received almost 150 entries for work complete in 2020 and the quality was exceptional.

Architects are invaluable in how they enrich the communities we live in – our daily lives, our homes, schools and colleges, and the public spaces we enjoy. I would like to particularly congratulate the winner of our Public Choice award Taylor McCarney Architects for their exceptional design. Collaboration is at the heart of each of these projects so, we must also congratulate the clients and our colleagues on the design teams whose contribution is key in getting these results.”