Improvement in domestic construction market key to rise in turnover

16th November 2018: BAM Ireland, one of the country’s largest construction businesses, had a year of strong revenue growth in 2017 with a turnover of €465m (an increase of 29% on 2016) and profit before tax of €15.9m. BAM’s performance was aided by strong activity in Ireland’s improving construction sector and ongoing international activities outside of the Republic of Ireland.

In 2017, BAM began construction on a number of high profile projects including the New Children’s Hospital at St James’s Campus and its satellite sites in Blanchardstown and Tallaght – forming the largest infrastructure project in the history of the State.

Among the projects completed in 2017 were One Microsoft Place in Leopardstown and courthouses at Letterkenny and Drogheda as part of the Courts Bundle PPP. BAM also saw its order book increase strongly by year end leading to expected further growth in 2018. 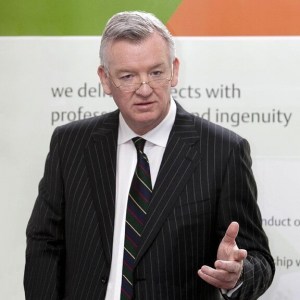 Commenting on the results, Theo Cullinane, BAM Ireland Chief Executive said: “BAM Ireland continues to go from strength-to-strength and I am pleased to report another strong year which is reflected in our end of year results. BAM has seen the benefits of Ireland’s improving construction sector and 2017 saw work commence on some of the state’s most high-profile projects which have contributed to a turnover of €465m for 2017”.

“Perhaps the highlight of 2017 was beginning work at the New Children’s Hospital at St James’ Campus and its two satellite centres in Blanchardstown and Tallaght. This project represents the biggest single development in the history of the state. We take great pride at being involved in the development of a facility that will change the way medicine is practised in Ireland”, he said.

Mr Cullinane signalled a note of caution for the sector however. “While there is year-on-year growth in the construction industry, it continues to remain in a fragile state, where the residential and civil engineering sectors are still very much challenged. The publication of the 2018-2027 National Development Plan is welcome but its investment needs to be brought forward more quickly. Margins and reinvestment in businesses are too low, while obligatory risks are too high. Hugely risky under-pricing of work and risk remains, and below cost tenders are still being accepted by procurement authorities. This is evidenced by recent examples of company failures and bad construction practices, and the devastating effect this has on the supply chain”, he said, while highlighting availability of labour, rising labour costs without the possibility of recovering these costs and ongoing inflation as areas of concern.

He also reflected on taxation issues and said more could be done to make homes affordable for buyers. “There has been much discussion about the 13.5% VAT rate on house construction, but the total contribution to the exchequer from the sale of a new home, as a percentage of the sales price is 36%, as set out by Grant Thornton in a report prepared for the CIF. This should be part of any discourse around ‘affordability’ which is entirely within the Government’s control”, added Theo Cullinane.

Established in 1958, BAM Ireland is one of the country’s largest construction businesses, employing 2,000 people directly and indirectly. Its principal activities are building contracting and civil engineering in the public, private and PPP sectors. Other activities include facilities management, property development and rail infrastructure.