One of North America’s largest alcohol and solvent firms, Greenfield Global Inc, will base its European manufacturing headquarters at the town’s IDA site on the Mountrath Road.The factory will be operational in the second quarter of next year and will provide an additional 100 jobs during the construction and fit-out phase.

The 3,800 sq metre manufacturing HQ in Portlaoise will create 75 jobs over the next five years in a variety of roles that will include production, quality control, supply and sales. 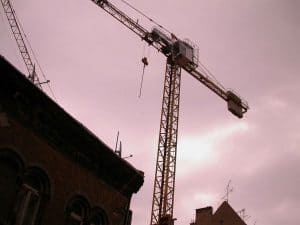 At the official announcement in the town’s Midlands Park Hotel last week, newly-appointed Greenfield Ireland managing director Ken Finegan said the company visited more than 30 potential sites around the country. He said they selected Portlaoise as their gateway to European customers because of the “can do attitude” of Laois County Council, together with the area’s proximity to institutes of technology..

Greenfield Global is Canada’s largest producer of alcohol and fuel ethanol and has operations in 12 locations across North America, with its headquarters in Toronto. The company’s huge portfolio ranges from pharmaceutical and nutraceutical products to life science, personal care, food, flavour and fragrance products sold in more than 50 countries worldwide.

Greenfield President and CEO Howard Field, whose father set up the company 30 years ago, said the “world-class manufacturing facility” planned for Portlaoise was the firm’s first foray into manufacturing outside North America. The new facility would ensure there was enough capacity to meet increased demand from life science customers throughout Europe and the region.

Mr Field said the announcement was “the culmination of hundreds and hundreds of hours of work” and the hard work was just beginning. He said: “The IDA made the introductions and shepherded us through the process. Now we can proudly call Ireland our second home.”

Laois TD and justice minister Charlie Flanagan, who left Tuesday morning’s cabinet meeting early to make the 2pm launch, described the event as an important day and a welcome jobs boost for the midlands, for Laois and for Portlaoise. He said the town’s central location and excellent motorway and rail infrastructure would be key assets for Greenfield’s new European HQ in Portlaoise.

Minister Flanagan quipped: “We can also offer you more clement weather than the four or five months of snow you get in Canada! The significant number of jobs being created here today is a very welcome boost to the economy of Portlaoise and I want to thank the IDA for all they did to secure them.”

IDA Ireland chief executive Martin Shanahan commented that 75 jobs were hugely important in any location, but particularly in this location. He said: “It is extraordinarily competitive out there and we are competing with nations all over the world, but we are increasing our competitiveness all the time.”

In a closing speech, county council cathaoirleach John King said the new facility would allow more people to live and work in their home town and county. He hoped the arrival of Greenfield Global would create an impetus for other multinationals to locate in Laois.