One of the country’s largest developers, Cairn Homes, has entered an agreement with the National Asset Management Agency (Nama) to build over 550 new homes.

The housing units will be built on a 14.5 acre development site adjoining Cairn’s Parkside development, off the Malahide Road, in Dublin 13.

Under the agreement a new company, owned 75pc by Cairn and 25pc by Nama, has acquired the development site.

Michael Stanley, co-founder and CEO of Cairn, said the group was “delighted” to announce its second venture with Nama. 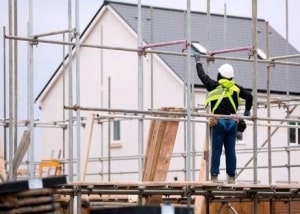 “This will enable the investment vehicle to leverage existing infrastructure in Parkside, where Cairn has an established brand and a site team which has delivered over 450 new homes in an area of consistently strong demand over the last three years,” Mr Stanley said.

The agreement follows the recent completion of Cairn’s first investment venture with Nama, in which 71 new homes were built and sold at Parkside.

In a trading update earlier this month, Cairn said it expects to report an operating profit of €53m in respect of 2018. This is a massive jump on the profit of €14.5m reported in 2017.